British businesses and property investors are taking a keener interest in Turkey thanks to the first ever rail tunnel linking Europe and Asia, which has opened in Istanbul

Turkey is expecting a surge of business from British companies and property investors, together with increased exports from the UK, after opening a new tunnel linking Europe with Asia.

It runs underneath the Bosporus, the strait that divides the European and Asian sides of the city of Istanbul, which is home to around 16 million people.

Before the tunnel opened on Oct 29, the only way to cross was via one of two bridges, which suffer from severe traffic congestion due to two million people using them daily.

With the Chinese government planning a high speed rail network that would connect much of Asia, the tunnel raises the prospect of traveling by rail all the way from Beijing to London via Istanbul in future.

“This sends a message to the world that Turkey is investing heavily in improving its infrastructure in Istanbul and beyond, making it a more attractive place to run operations from and do business.

There is a steady flow of UK companies in recent months attracted by the continued strong growth of the Turkish economy – growing at an annual rate of 3.7 per cent in the first half of 2013.

“British goods exports to Turkey were up 11.3 per cent in the first eight months of 2013, so the opportunities are definitely there and the Marmaray  Tunnel can only help fuel further growth.

Turkey receives around 2.5 million British visitors a year, according to the British Embassy in Ankara,  and up to 40,000 Britons live there full- or part-time. 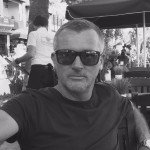